20 million people in the United States alone are gluten sensitive. And if they’re new to the gluten-free lifestyle, they’ll have to learn which products are, and which are not, free of the protein.

Oatmeal is a staple in many people’s diets. This fiber-rich breakfast is a great way to fill you up for the day with healthy energy.

But what about if you’re sensitive to gluten? Is oatmeal gluten-free?

Read on for more information on whether this popular breakfast is free of the oft-avoided protein.

In its purest form, oatmeal is gluten-free. Oats themselves do not contain gluten and are a great option for those who suffer from gluten sensitivity, or other diseases that make it difficult to process it.

But just because oats are gluten-free, it doesn’t mean the oats you’re eating actually are. Although this is a bit confusing, we’ll explain this a bit later in the article.

Learn more about the benefits of gluten-free oatmeal in the United Kingdom, and why some people are vying to make all oats fully gluten-free.

What is Gluten Anyway?

Going gluten-free has become a “fad” in the past few years for individuals who say they have a sensitivity to the protein. While gluten sensitivity is not yet scientifically proven, many people anecdotally claim that the benefits are worth it for them. By avoiding the protein, they can avoid stomach troubles and upset.

Gluten itself, however, is a protein that you’ll find in many types of grains. It helps baked goods rise, and you’ll find it in rye, barley, spelt, and wheat. Because gluten is found in wheat products, many people incorrectly assume that gluten sensitivity is a sensitivity to wheat itself. This is not the case.

The protein is not found in all types of grains. Corn, rice, buckwheat, and oats in their purest forms are free from gluten. This is why if you’re gluten-free, you can make bread and other baked goods with rice or corn flour instead of regular flour.

Celiac is an autoimmune problem. When the individual with Celiac eats gluten, the body responds by triggering an autoimmune response. This causes both damage and inflammation to the intestines in addition to a host of other symptoms and problems that are typically gastrointestinal in nature.

The way to avoid triggering this response is to go gluten-free. There is no official medication for Celiac, and patients are simply advised not to eat anything containing gluten.

Back to the Oats: Why Are Some Oats Not Gluten-Free?

We’ve already discussed that oats themselves are gluten-free in their purest form. But why would some oats purchased from the grocery store have gluten in them? Why would you need to purchase specialty gluten-free oats?

The issue is that most oatmeals you can purchase at the grocery store have been cross-contaminated. This means they’ve been processed on equipment that has been exposed to gluten or has been used to make products containing gluten. This means that while the oats themselves don’t have gluten in them, they may have picked up some of the protein along the way.

For some people, this may be acceptable and may not trigger a response. But for people with severe gluten sensitivity and who have been diagnosed with Celiac disease, even the trace gluten from the equipment can cause an autoimmune response or an episode.

If you suffer from a gluten allergy and you’ve been out to eat, you’ll know that restaurants cannot be considered fully gluten-free unless they use different pans and equipment to prepare your food. If they use the same equipment to do so, they are obligated to tell you.

Therefore, most of the oatmeal you purchase at the grocery store is not gluten-free. You’ll need to read the packaging carefully to decipher whether or not the oatmeal was processed with other gluten-containing foods.

Making Sure Your Oatmeal is Gluten Free

If you must ensure your oatmeal is gluten-free and are not assuaged by the simple fact that there is no gluten in the oats themselves, you can purchase oats that were made specifically for those who have gluten sensitivity.

Oats that have been made for those with gluten sensitivity are exclusively produced on equipment that is completely free of gluten. As such, purchasing these types of oats should not yield any problems for you.

When going gluten-free, it can be tempting to purchase any item that does not list gluten as an ingredient, but if you are especially sensitive, you’ll need to be aware of the contamination issue.

So, is oatmeal gluten-free? As we’ve answered in this article, it’s a resounding yes. If you love your morning oats, you can still enjoy them for your breakfasts, even if you’ve been diagnosed with Celiac or you’re gluten sensitive.

Happily, going gluten-free doesn’t mean that you have to leave out everything you love. And, there are alternatives for almost every type of baked goods for those who wish to go gluten-free but don’t want to give up everything they snack on.

Want more information on cannabis and health foods? If so, read the rest of our blog. It’s chock-full of useful information for consumers like you. 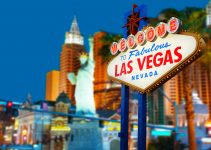